END_OF_DOCUMENT_TOKEN_TO_BE_REPLACED

Along with Camembert and white beans, boeuf bourguignon ranks high among the Frenchman’s all time favorite foods. I remember making it in culinary school–a two day process–and I’ve made it once a winter since, always from Julia Child’s recipe. It’s a lovely cold weather dish, but the truth is, it’s a pain–fussy and time consuming.

This year, the crux of fall coincided with a book in the mail: the inimitable America’s Test Kitchen’s latest, 100 Recipes: The Absolute Best Way to Make the True Essentials. It’s such a useful book, both for the novice cook (the best way to scramble eggs and poach chicken) and the more experienced (adding gelatin to meatballs for improved texture). The recipes are beyond well tested.

My copy is now a ticker tape parade of must makes–pho, focaccia, smoked salmon–but the recipe I was drawn to first was their modernized (read: less finicky) version of boeuf bourguignon. The process has been trimmed, but the results are just as rich and wonderful. And the recipe feeds a crowd, or a family of two for many meals. (It yields 3 quarts or 6 pints, which I portion and freeze, equating roughly to 10 meals for the Frenchman and me.) This is good news in our (new!) apartment.

This recipe was published with permission from America’s Test Kitchen. They’ve generously offered a copy of the book to give away to one lucky reader. Simply leave a comment describing your favorite classic recipe by January 5th.

END_OF_DOCUMENT_TOKEN_TO_BE_REPLACED

The Frenchman’s been away since the hem of Monday morning. Almost a week alone has meant the submission of all leisure time to the alter of A Little Life, which I listen to on my commute in the morning, and again in snatches throughout the day when I should be working, and then all evening and night until I finally fall asleep way past my bedtime. It’s one of those books that takes over.

Presently we’re in a strange limbo: half our current–soon to be “old”–apartment is packed up. We’re selling off our furniture piecemeal. The new place has brand new shelves and wallpaper, but no bed. We leave for our honeymoon (in New Zealand!) on December 18th, so–somehow–we’ll find a way to wrap up our work projects, and haul our lives across the river before then. Right? Is there an alternative? I have a premonition I won’t take a deep breath until I’m on that plane.

And now something happy to listen to in the background while you brew this punch: I’ve long been a fan of the podcast Pop Culture Happy Hour. In a recent episode, Linda Holmes interviews Trevor Noah. I enjoyed the interview a lot; it’s thoughtful, funny, and smart.

END_OF_DOCUMENT_TOKEN_TO_BE_REPLACED

Panamá has always held a special place in my imagination. My mother was born there, in Almirante, and emigrated to the U.S. when she was small. The country is currently very much in transition–last year, Panamá had 2 million visitors, a number that’s already risen to 2.2 million this year. Compare that to Costa Rica’s 10 million per year, and you see the possible rapidity of growth.

Trump was built in 2007. Las Clementinas in 2010. The American Trade Hotel in 2013. (It’s worth noting–all three were built by New Yorkers, not Panamanians.) Casco Viejo is in the midst of a major revitalization. Still, there’s contrast:

Low, tin-roofed houses under the direct shadow of luxury high rises, and the twisted jenga of the BBA building, and billboards for Black Friday. Street food stalls cooking meat, or selling tropical fruit and jugo de caña, set up in front of Chuck E. Cheese. A modern bus line, and the construction of a subway to the limits of the city, but also the commonplaceness of the city’s old transport: converted school busses painted in the style of psychedelic 1980’s cartoons, twin steampunk gas pipes rising up their backs, some with graphic comics, some with magenta shark tails finning their back.

Outside of skyscrapered Panamá City, most buildings are flamboyantly painted, with hand-drawn shop signs and local advertisements to match. Concrete apartment blocks are splashes of cerulean blue, orange, yellow, a checkered smile of laundry drying across balconies.

The humidity is sometimes overwhelming.

Finally, we could never have experienced what we did in the time we had if not for Juan José Calvache Arango, a guide at our hotel. He was a font of knowledge. Thank you so much, Juan.

* I will mention as a disclaimer: I was only in Panama for four days; I’m sure I missed so many gems, and so much culture. I only included the spots I really loved and would recommend without reservation. This is as much a record for myself as it is a guide for others. If you live in Panamá City, I’d love to hear your opinions about my finds (or better yet, what I didn’t find) in the comments. This is where I went and what I saw in November 2015; in case you should find a broken link in future.

END_OF_DOCUMENT_TOKEN_TO_BE_REPLACED

“Sometimes fate is like a small sandstorm that keeps changing directions. You change direction but the sandstorm chases you. You turn again, but the storm adjusts. Over and over you play this out, like some ominous dance with death just before dawn. Why? Because this storm isn’t something that blew in from far away, something that has nothing to do with you. This storm is you. Something inside of you. So all you can do is give in to it, step right inside the storm, closing your eyes and plugging up your ears so the sand doesn’t get in, and walk through it, step by step. There’s no sun there, no moon, no direction, no sense of time. Just fine white sand swirling up into the sky like pulverized bones. That’s the kind of sandstorm you need to imagine.

And you really will have to make it through that violent, metaphysical, symbolic storm. No matter how metaphysical or symbolic it might be, make no mistake about it: it will cut through flesh like a thousand razor blades. People will bleed there, and you will bleed too. Hot, red blood. You’ll catch that blood in your hands, your own blood and the blood of others.

And once the storm is over you won’t remember how you made it through, how you managed to survive. You won’t even be sure, in fact, whether the storm is really over. But one thing is certain. When you come out of the storm you won’t be the same person who walked in. That’s what this storm’s all about.”

– Haruki Murakami, Kafka on the Shore

END_OF_DOCUMENT_TOKEN_TO_BE_REPLACED

“Life starts all over again when it gets crisp in the fall,” said F. Scott Fitzgerald

I love this–admittedly oft used–quote. It reminds me of starting school, which, even at almost thirty, is what I think I should be doing each September. But this year it’s particularly apt. The Frenchman and I got married (for the second time) in September, by which time two things were already true: I was deep into a recipe project that’s as exciting as it is overwhelming, and and and, we’d started mortgage paperwork for an apartment. And and and, we sign the papers today. Today! By tonight, we’ll be home (er, apartment) owners. (!!!!)

Soon, we’ll move from Boerum Hill, Brooklyn–where we’ve lived for almost five years, a near eternity in this nomads life–to Jersey City. I’m both excited and heartbroken. Heartbroken and excited. All of a sudden the Frenchman and I are doing very adult things, like biking to West Elm on blustery Saturday afternoons to test out every couch in the showroom, and sending each other paint color links. (By the way, did you know that there are about 8,000 shades of white? It’s ridiculous.)

And a few other good things: Sunday hikes to prepare for our honeymoon hike in December. This stunning piece of writing. This haunting show. END_OF_DOCUMENT_TOKEN_TO_BE_REPLACED

“I come to a tree so rich with autumn’s golds and reds it makes for a mild ache. I lie down under it, close my eyes, and let my mind wander. I think of all that is happening elsewhere, as I lie here. Nearby, I can hear the sounds of a road crew. Somewhere else, monkeys chatter in trees. A male seahorse becomes pregnant. A diamond forms, a bee dances out directions, a windshield shatters. Somewhere a mother spreads peanut butter for her son’s lunch, a lover sighs, a knitter binds off the edge of a sleeve. Clouds gather to make rain, corn ripens on the stalk, a cancer cell divides, a little league team scores. Somewhere blossoms open, a man pushes a knife in deeper, a painter darkens her blue. A cashier pours new dimes into an outstretched hand, rainbows form and fade, plates in the earth shift and settle. A woman opens a velvet box, male spiders pluck gently on the females’ webs, falcons fall from the sky. Abstracts are real and time is a lie, it cannot be measured when one moment can expand to hold everything. You can want to live and end up choosing death; and you can want to die and end up living. What keeps us here, really? A thread that breaks in a breeze. And yet a thread that cannot be broken.” – Elizabeth Berg, Never Change

END_OF_DOCUMENT_TOKEN_TO_BE_REPLACED 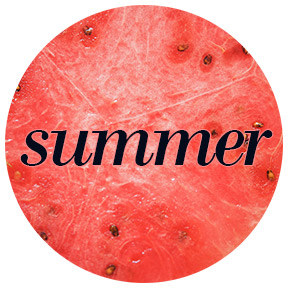